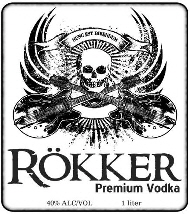 Bordello of Horror is a late night horror television show that airs each Saturday night from midnight to 2am on broadcast television Wisconsin’s 57 reaching 385,000 households in 12 counties in south central Wisconsin. The show also airs online as well as through ROKU on a few different platforms.

Bordello of Horror is comprised of a zany cast of characters paying homage to the horror hosts of days gone by with our own modern day twist. Bordello of Horror features the cast delivering their unique and most of the time over the top comedy bits along with weekly musical guests, movie reviews, convention and event footage, and more.

Bordello of Horror is currently going into its fourth year on broadcast television and is in search of a few select individuals to help us out as script writing members on our team. We are interested in conducting script writing auditions and would hope that you could help us get the word out to your writing friends in hopes that they may want to take on the challenge.

Writers auditioning will be asked to follow certain parameters that are outlined in the downloadable file as far as script segment lengths, willing to view clips of the show to understand how the show works, able to understand the different characters and how they interact together, and be able to deliver material on a fairly reasonable schedule. We film once a month so this will not be a project that would have to be delivered weekly and we would set deadlines well in advance to make it as relaxed as possible for all involved.

This is an unpaid position as this is a labor of love for the cast and crew as well. Each accepted participant will get credited on each episode and we will reference and provide materials that they may need for portfolios. We do host events and film screenings throughout the year that we can offer passes to as well, and if they are interested possible guest acting spots on the show.

If you are interested in auditioning to become a writing partner on team Bordello please email Freakshow through madisonhorror@gmail.com